The first purpose-built hunting chassis from MDT. Weighing in starting at 26oz (for chassis, buttstock, forend and grip combined), this is the most ultra-light hunting chassis on the market.

MDT Chassis Systems were designed for sports and tactical shooting. However over the years MDT found that their chassis were often used in hunting, especially the lighter chassis such as the LSS Chassis system. But they had never purpose-built a chassis system solely for hunting, until now..

The MDT HNT26 Chassis System is the first truly purpose built hunting chassis. This legendary hunting chassis provides you with all of the usual benefits that you expect from a rifle chassis such as v-block bedding, LOP and comb adjustment, AICS magazine compatibility etc, but weighs in starting at a mere 26oz (for the standard fixed version).

The MDT HNT26 Chassis System is being manufactured for the following bolt action rifle platforms:

Will accommodate barrels up to 1.25” diameter

Cerekote finish in either Black Carbon Fiber or Cobalt Green

What you get and What You Need

To complete this chassis build all that you will need an AICS magazine (designed to have the MDT Polymer SA 3 round magazine mount flush into hunting chassis). 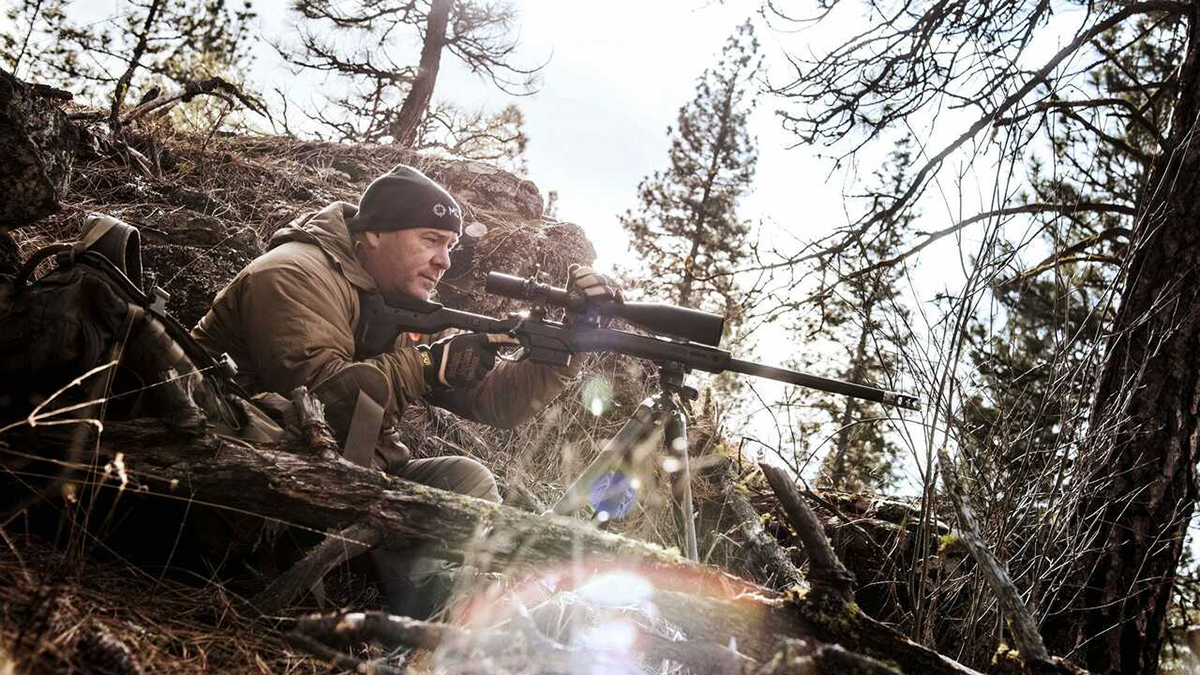